By CHRISTOPHER BRENNAN FOR DAILYMAIL.COM and LYDIA WILLGRESS FOR MAILONLINE

The mistress of an NFL player reportedly kidnapped her lover’s wife and shot her dead before killing herself when police caught up to her.

Sandra Barnett, 58, a special needs teacher, was abducted from her home in Ellenwood, Georgia, in a black Dodge Durango on Wednesday.

The driver, 49-year-old Lisa Brown, had been having a multi-year affair with Sandra’s husband Buster Barnett, a tight end for the Buffalo Bills in the 1980s, according to authorities.

Brown drove toward the Alabama border and refused to stop for police, leading to a chase that ultimately ended in both her and Sandra Barnett’s deaths on Thursday. 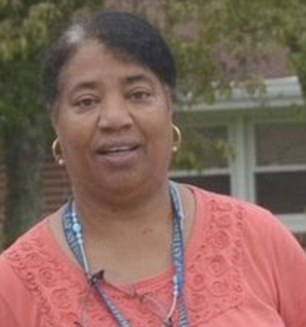 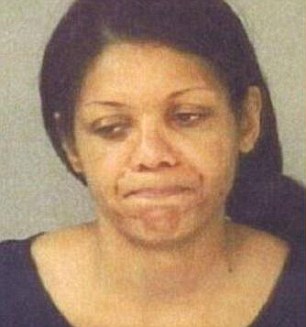 Lisa Brown (right), 49, allegedly kidnapped Sandra Barnett (left), 58, from her Ellenwood, Georgia, home at gunpoint. Brown drove west towards Alabama and did not stop when police tried to pull her over

The dramatic kidnapping was triggered when Brown became upset about the Barnetts going on a trip together, Officer Charlene Watson-Fraser, spokesperson for Clayton Police, told the Atlanta Journal-Constitution.

A friend heard an altercation between the tight end’s wife and supposed mistress over the phone as Brown allegedly stormed into the house with a gun.

Someone driving past the house to check on Barnett saw the SUV quickly drive away.

The Durango, as well as Brown’s home in Lithonia, Georgia, were both in Barnett’s name and the pair had allegedly been having an affair for three to four years.

Officers spotted the vehicle on Thursday morning in west Georgia and chased it into Alabama.

Brown then suddenly stopped in the middle of the highway, where authorities say the fatal shootings occurred. 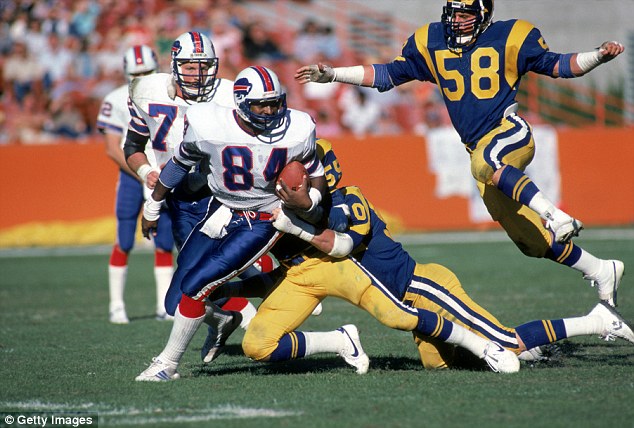 Alleged mistress of NFL player kidnaps and kills his wife

The alleged mistress, also a school teacher in northern Atlanta, was on probation for another kidnapping in Texas, where in 2013 she had abducted her now 12-year-old child after losing custody.

Sommer Brown, 12, was the subject of an Amber Alert in April of that year and it took three days to track down the mother and child.

Brown, who also left her teaching job in 2013, was sentenced to eight years probation in March,11 Alive reported.

Sandra Barnett had reportedly recently changed the locks of her back gate after becoming concerned someone had tampered with them.

Fellow instructors and students at McNair Middle School, where Sandra taught, were devastated by the news.

They remembered the special needs teacher’s ‘bubbly, happy’ spirit during more two decades at the school.

Buster Barnett is not implicated in the kidnapping.